We met our MP – Call to Action for DSA

I met my MP Graham Stuart, on Saturday 14th June 2014 , with my daughter Phoebe to talk about proposed changes to Disabled Student Allowances (DSA).

I am writing this blog because

My MP was unaware of the current DSA proposals nor the Early Day Motion  48  (EDM) in opposition of the changes proposed by David Blunkett MP. 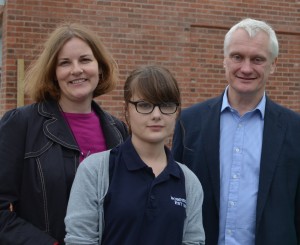 I told him of my disappointment about his lack of knowledge on this topic and signposted him to the following information about the DSA changes:

Read the response from the National Union of Students here

My MP’s lack of awareness was especially disappointing as over the last fortnight I have written to him twice on the subject  of DSA. The first time  I used the very easy to use template letter from the National Union of Students and on the second occasion I sent him a more personal letter requesting he signed the Early Day Motion 48. I have also copied him in on several Fb posts and included his Twitter name @grahamstuart  in my tweets.

I informed him that he can search Twitter for tweets about proposed changes to DSA using the #Don’tCutMeOut or  #DegreesofDiscrimination that was used for  the Twitter lobby organised by the NUS 6th of June that Phoebe and I  took part in.

I also suggested he  contact Emma Lewell-Buck MP  who has dyspraxia and has been been vocal in her concerns about the DSA changes and has supported the NUS campaign.

To prepare for the meeting I used a great template from the NUS forwarded to me in a personal email from Ruth Breidenbach-Roe Public Affairs Officer of the NUS listing things to discuss with your MP and explicitly ask them to act upon. This helped me put the case forward and ask for 3 specific things I want my MP to do about DSA.

Phoebe asked him a question 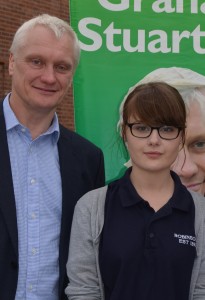 He made some intelligent observations in response to these points which gave me some idea that he saw the potential difficulties of implementation. Though, he stated that he could not commit to the 3 things I had asked him as he needed to read the EDM first and my letter.

I gave him copies of the letters I had already sent to him and the mindmaps I had made reiterating our points. In addition, I asked him to email once he had made a decision – another great tip from the NUS – to make sure he does read the information and make a decision as to where he stands on the subject. This also enables the NUS can monitor the success of the lobbying.

I now know will read about the proposed DSA changes with a better understanding and so make an informed choice – whether I agree with it or not. As we left he wished Phoebe good luck and asked me

“Have you  ever thought of going into politics?” 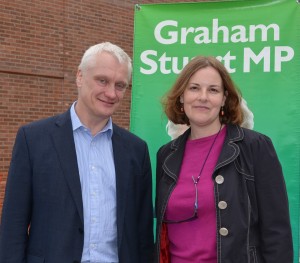 We made our point!

Jim and I both received support via DSA and we urge you to make your point. We know filling in forms and writing letters can be daunting so here is a list to make it as easy as possible.

How you can you get involved:

Share that you have signed the e-petition on social media – there are links on the e-petition page – to make it for others to do the same please copy the e-petition link below   http://epetitions.direct.gov.uk/petitions/63748

Add a twibbon  to your social media profile

Template letters that just need you to add your name.  Look on the Student Union sites for your own university too –  like this one on Hull   or York St Johns

Posters you can personalise

Links to sites to find out who your MP is, their address and how to meet them

What to ask your MP to do on your behalf

What to ask your MP to do if you meet them

The NUS is also looking for personal stories, case studies and pictures of you – look at these students responses  that have been shared already.

I hope this will inspire you to take action and say to DON’T CUT ME OUT to your MP.

AND REMEMBER to let everyone know what you are doing.

This entry was posted on Sunday, June 15th, 2014 at 12:29 pm. You can follow any responses to this entry through the RSS 2.0 feed. Pinging is currently not allowed.