When I was at school I was told I was obviously bright, but lazy and didn’t try hard enough. I was told this again and again throughout all my years in school. The teachers told my parents this and convinced them of it too. 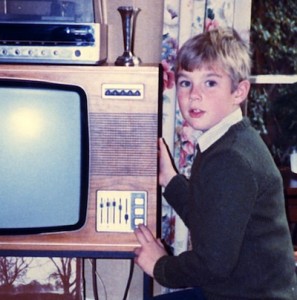 If everyone you know and trust tells you something, tells you it again and again, eventually it becomes true for you. I accepted I didn’t work hard enough. I accepted I found studying hard because I was lazy.

Oddly, for a lazy guy, I didn’t give up. I worked rubbish jobs and went to night school. I got in to university as a

mature student and in my third year was identified as a dyslexic, I was 27.

Finally I was shown methods of study that suited me, software that helped me structure, organise and proof my work. I went from getting 2:2 grades to solid firsts. I was given glasses with prisms and a colour filter that together tripled my reading speed. I realised something: I was not lazy, I liked working hard and I had been told things about who I was that were not true.

My dyslexic traits were easy to spot for anyone who knew what to look for and bothered to do so – as my teachers should have.

If you would like to know more about dyslexia there is an event on Wednesday 16th October at Hull University Business school that includes a pre-screening of The Big Picture:Rethinking Dyslexia before its premier in London the day after.

Oh and there will cake too!

This entry was posted on Friday, October 11th, 2013 at 1:49 pm. You can follow any responses to this entry through the RSS 2.0 feed. Pinging is currently not allowed.